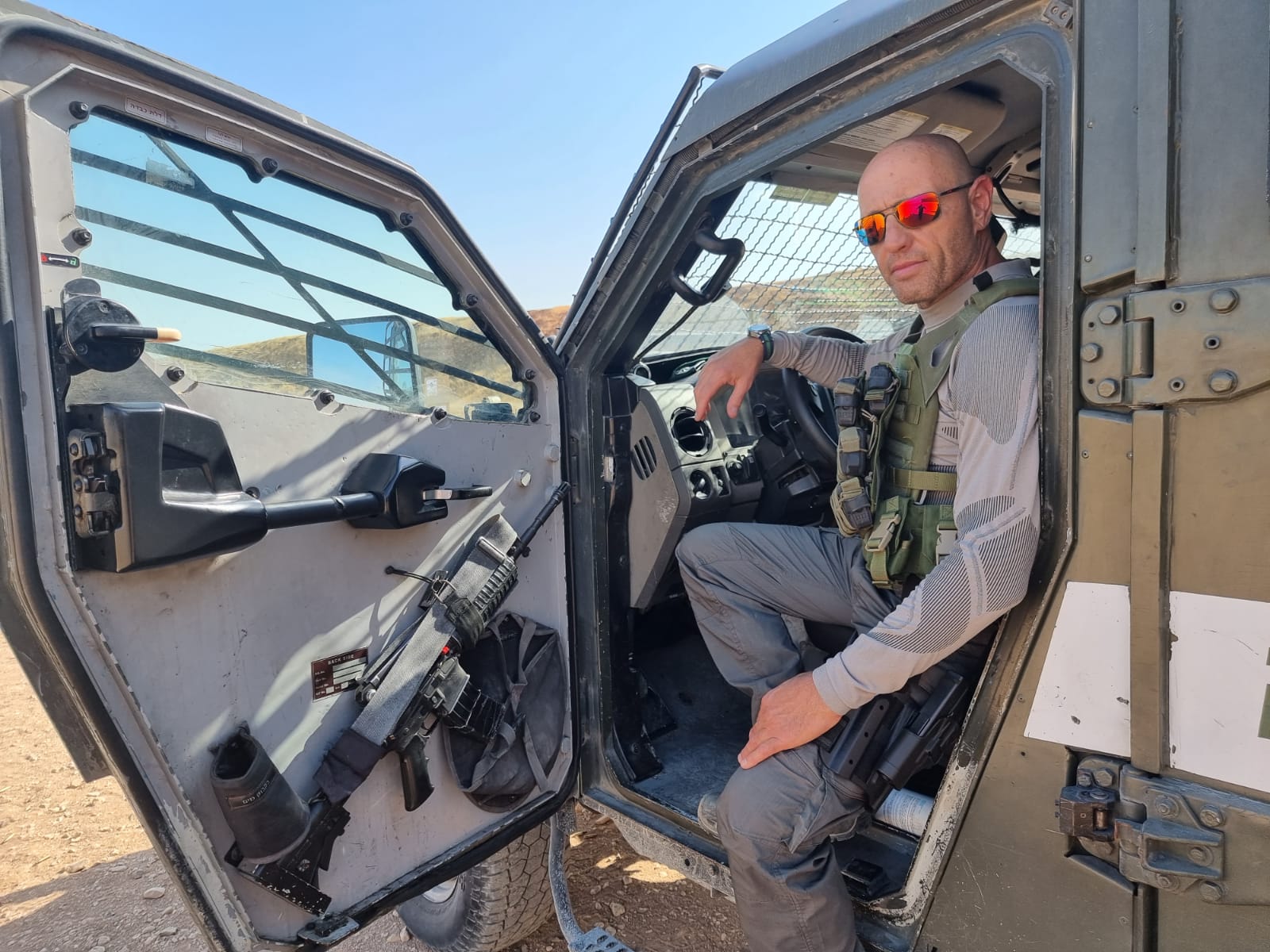 Cultural Diplomacy of an Israeli Martial Art - Krav Maga: The Issue of Peace in the Middle East According to Itay Gil

The central topic of this piece is Krav Maga (KM), an Israeli martial art, within the context of international relations, chiefly considering cultural diplomacy and highlighting the issue of Peace in the Middle East. The phenomenon of KM's growth worldwide and its link to Israel, especially to the Israel Defense Forces (IDF), warrants particular attention in this article. The analysis of these matters includes an exclusive interview with Dr. Itay Gil, a distinguished member of the Israeli Special Forces who is also an internationally renowned expert in security / defense, including KM.

Mor and Molle (March 25, 2021) state that we have recently witnessed a rise in published academic works on the influence of martial arts in international relations. As part of this, the aforementioned authors envision Krav Maga (KM) (contact combat) as cultural diplomacy, while highlighting its historical relation with the founding of the modern State of Israel, in 1948 (Mor, Molle March 25, 2021). This Israeli martial art is somehow based, for instance, on the following values / ideas:

- those who start off as being regarded as weak can actually overcome those who are, at least apparently, viewed as stronger (David versus Goliath)

- the importance of religious / moral principles

Social and traditional media, especially including Hollywood movies, have contributed toward the global dissemination of the martial art under study (Schaflechner 2021, p. 115). In the last 30 years, there has been a worldwide proliferation of personal defense technique training centers under the KM label (Schaflechner 2021, p. 110). This generates conflicts and risks deeply misrepresenting the essential characteristics of this Israeli martial art (Mor, Molle March 25, 2021 / Schaflechner 2021, pp. 113 / 116). On the international stage, a few instructors, in their aim to train and gain credibility, forge relations with certain Israeli organizations. The Government of Israel is aware of the complexity inherent to regulating countless private organizations, both domestically and abroad, which are presented as related to KM. It is likely for this reason that it does not take on this function (Mor, Molle March 25, 2021).

In an exclusive interview, Itay Gil addresses the topic of this piece. In this regard, a brief introduction of the interviewee is appropriate here (Dr. Itay Gil, PhD, Atlantic International University AIU / Introducing Itay Gil):

- instructor for the security of the President of Ukraine

- 1997 – present - founder & CEO of Protect - https://www.protect.college/protect-college This organization is dedicated to a variety of security and defense aspects

On the Protect website, Itay Gil is presented as someone who combines military expertise with academic training («Warrior / Doctor») and who theorizes from practice, in contrast with those putting theory into practice (Protect Academy).

On the date of this interview (November 15, 2021), in fulfilling yet another mission assigned by the State of Israel, Itay Gil was giving training to a unit linked to protecting Israel's borders.

Peace in the Middle East

"So that one may walk in Peace" is a phrase Imi Lichtenfeld is credited with having coined when taking into account the practice of KM (Israeli Krav Maga). This peaceful objective can be envisioned both individually and in a broader sense.

Itay Gil feels that Peace is associated with tolerance and coexistence, despite people having different political ideas. As a principle and as a value, Gil loves peace and considers that everyone wants to live in a relaxed and peaceful country. According to this expert, Peace can be called into question not only by external conflicts, that is, wars, but also by domestic insecurity linked to high crime rates affecting the populations. As for the reasons, Itay Gil, from a sociological standpoint, stresses aspects related to unemployment and poverty, for example, in the African context.

At international level, Krav Maga, if properly taught, not only in the physical, technical and tactical aspects, should also include a few related cultural aspects, for instance linked to its pioneers, such as Imi Lichtenfeld; hence, Israel's history should also be mentioned. In light of this, KM can contribute toward bringing Israel and other peoples closer together. In this regard, Itay Gil brings up a few examples of countries with mostly Islamic populations, taking into account the political context: between Turkey and Israel, in spite of diplomatic agreements, tension has not gone away completely. However, there are KM enthusiasts (kravists) in Turkey. They are also present in Indonesia and Pakistan.

According to Gil, anywhere in the world in general, people want to learn to defend themselves and pragmatically choose KM, given its efficacy resulting from its link to Israel, a State that always needs to be in survival mode.

Itay Gil on the job

Another issue has to do with the possibility of achieving Peace in the Middle East one day: under such circumstances, Itay Gil and other instructors could provide training in the field of security and defense, including KM, to Arabs, among them Palestinians, and even to Iranians. In this respect, Gil mentions the Abraham Accords and acknowledges that, if one day the Palestinians and Iran want to make Peace with Israel, KM could be taught in those countries. This Israeli serviceman does not hide the fact that he prays for Peace.

Kravists at training centers, with duly prepared instructors, can start gaining interest in enhancing knowledge of the various aspects related to Israel. The interviewee considers that, desirably, KM should convey values that are common to the State of Israel, such as the right to self-defense, in a proportional and responsible manner. Itay Gil underlines that KM enthusiasts serve as a sort of ambassadors of the State of Israel.

Gil feels that the Israeli Government does not attach much importance to KM's international expansion. However, in the view of the interviewee, instructors, in their own countries, provide a good service to Israel, to the extent that they are somehow agents of cultural diplomacy. According to Itay Gil, the contribution that KM organizations can give toward creating a given idea regarding Israel greatly depends on the character of their instructors. Gil presents his own example: when he was in the U.S. instructing troops, he spoke about Israel, in order to convey a positive image of the Hebrew State.

When traveling to several countries around the world and seeing the flag and other symbols of Israel on adherents' apparel at KM training venues, Gil the instructor is happy and senses that he is in good company. This expert stresses that people put aside their political agenda and invest their money in learning KM instead of another martial art. In terms of tourism, there are even those who travel to Israel to learn KM and, within this context, they end up getting to know other Israeli cultural aspects, as Gil acknowledges.

Also in symbolic terms, on the website of Itay Gil's organization, Protect (https://www.protect.college/), we find certain logos of television channels that have invited this expert to take part in a few programs: Al Jazeera and BBC. Gil is not unaware that, internationally, when he appears on television or participates at live events, he informally represents Israel. On such occasions, Itay Gil believes that he is an agent of cultural diplomacy. He points out that he tries to remain neutral and act as a professional.

Gil considers that, despite being known as an Israeli national, this did not prevent Al Jazeera, an Arab television channel, from inviting him for an interview in 2015, since it was interested in his opinion as an expert. This type of dialogue is seen by Itay Gil in a positive light.

That same year, Gil took part in the BBC Special Forces program as an instructor. This was a sort of contest which, in Itay Gil's opinion, raises the interest of contestants who want the feel of being part of a certain brotherhood, as in the case of the Israeli Special Forces, where nobody is left behind.

The linking of a martial art to its country of origin and, in this context, the undertaking of cultural diplomacy initiatives occur often. This happens, for instance, with Judo and Japan, Kung Fu and China, Muay Thai and Thailand, Taekwondo and Korea. Actually, in general, KM is associated with the State of Israel, especially with its renowned security and defense forces. This somehow serves to attract enthusiasts. Historically, said martial art is linked to the creation of the modern State of Israel (1948).

KM's dissemination occurs through both social and traditional media, as is the case with U.S.-made movies, specifically Hollywood. In the last 30 years or so, there has been a worldwide proliferation of KM training centers. This, on the one hand, desirably can serve to develop a cultural diplomacy and, in this respect, among various aspects, to disseminate certain values / principles related to the State of Israel, contributing toward forming a more positive image of Jews. On the other hand, said proliferation can also call into question the quality of that which is taught under the KM label. Currently, the worldwide regulation and monitoring of every KM training center is a complex task that the State of Israel does not undertake.

In this exclusive interview, Itay Gil feels that kravists serve as a sort of ambassadors of Israel and that instructors, depending on their character, are agents of cultural diplomacy. Presently, according to Gil, in several countries, including some with mostly Islamic populations, there are people who put aside their political ideas and take up KM because, in terms of personal defense, they acknowledge its efficacy. This Israeli expert prays for Peace in the Middle East, including Iranians and Palestinians, while acknowledging that, within this context, he and other instructors could end up teaching KM in their countries in the future. To this end, and with a sense of hope, Itay Gil recalls that his Israeli nationality was compatible with the invitation extended to him, in 2015, to be interviewed by Al Jazeera, an Arab television station.

Krav Maga: From the Israeli Army to the Streets of India. Retrieved 7.12.2021 from https://embassies.gov.il/delhi/NewsAndEvents/Pages/Krav-Maga-From-the-Israeli-Army-to-the-Streets-of-India.aspx

Mor, G., Molle A. (March 25, 2021). Should the State of Israel Pursue KMAs an Intangible Cultural Heritage of the Jewish People? History and Politics Say Yes. Retrieved 2/12/2021 from https://www.researchgate.net/publication/350636600_Should_the_State_of_Israel_Pursue_Krav_Maga_as_an_Intangible_Cultural_Heritage_of_the_Jewish_People_History_and_Politics_Say_Yes

This piece was also published on the following site:

We and selected partners and related companies, use cookies and similar technologies as specified in our Cookies Policy. You agree to consent to the use of these technologies by clicking Accept, or by continuing to browse this website. You can learn more about how we use cookies and set cookie preferences in Settings.